It is with great pleasure that I announce the first details of the update I have been working on: Three new ships! Yes! Three!

They are part of the fleet of mercenaries known as "Red Legionaries": 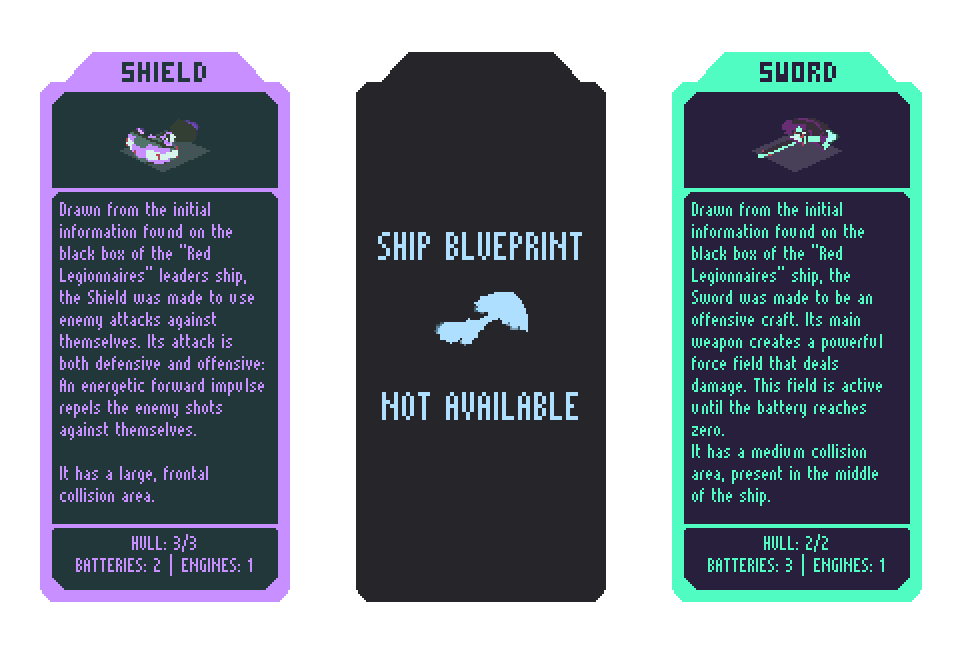 Two of them, The Shield and The Sword, will be available without doing anything. A third and special ship will have to be unlocked.

The update will feature these three ships with new mechanics, interface improvements, a new game mode and difficulty modes!
I hope you enjoy the surprise and in the next ad I will talk about the improvements in the combat interface.

NEXT JUMP: Red Legionaries are due out in the middle of September and will be free.

Have a safe jump.

Get NEXT JUMP: Shmup Tactics

NEXT JUMP is a turn-based, tactics Shoot 'em up for people who are bad at SHMUPs, but love them.